Today we are introducing Polkawatch, decentralization analytics for Polkadot, and we would like to share how this project started:

Like many other crypto enthusiasts I have followed the development of Bitcoin with excitement for years. Most of those years I thought that Blockchain technology was still too early for mainstream adoption.

It all changed with the introduction of PoS and Decentralized Finance. It was clear to me that mainstream adoption was becoming increasingly feasible.  In this context, Polkadot seems to me like the rising star.

While reading Crypto news an article really caught my eye: A SEC boss claimed that DeFi platforms are actually “highly centralized”. He further elaborated that while these platforms may provide some decentralized aspects they are highly centralized in some others. And then I started to wonder: Are they?

When we, as a community, create a decentralized system we think on things like p2p networking, consensus algorithms, cryptography and security. We design and architect for decentralization. In a way our community is building a system with decentralization potential.

A very different thing would be to analyze the resulting “systems”, as in all required subsystems for operation, and measure their degree of “effective” decentralization, meaning decentralization that has been already realized.

For example, Polkadot is a computer program made of lines of code. Who wrote those lines? Which companies do they work for? How many companies account for 75% of the lines of code? If the result were 3, for example, we would have a highly centralized blockchain in terms of its engineering maintenance.

Similar exercises could be done for all the systems and subsystems our activity depends on regardless of their nature: algorithmic, infrastructure, regulatory, people, marketing, communication, etc.

I guess decentralization works like a chain. Since a chain’s strength is that of its weakest link, it would be fair to say that a system is as decentralized as the most centralized subsystem it depends on.

As a community, We have tones of reasons to be very skeptic and must work towards effective decentralization. In my opinion, our worst nightmare would be that our blockchain technologies end up been used by dystopian societies to “administer” freedom: Imagine Panem's Capitol administering obligations and rights of the 13Districts in a “decentralized” manner.

We should learn from previous technology waves, such as the Internet and Social Media. Even with their technical shortcomings they could have produced significant Social benefit. It is clear that in many ways they are been used against their initial purpose and creators intent.

Will the blockchain be any different? I hope so.

At least we can learn from the past, and hedge against concrete risks, such as:

Regulatory Uncertainty: Blockchain is in its infancy, and its regulation is unclear in many administrations. Furthermore, sudden changes are often introduced in a way that force a shutdown of  entire network segments while our participants implement or challenge compliance.

We should also pay attention to the historic moment we are living. Many experts consider our monetary era coming to an end, some predict hardship or even collapse. Some crypto enthusiasts may see this possibility as an opportunity, however history reminds us that this kind of situation was not easy for alternative stores of value, just consider US Executive Order 6102. The incremental adoptionof sanctions versus using due-process or international arbiters to resolve conflicts point in this direction.

As a community we must realize our decentralization potential making it effective in all required areas and we should hedge for the risks that we have observed in the past.

Polkawatch is a project currently supported by the Web3 Foundation grants program.

It uses the Reward event as main measure of Computing Effort and it complements the information with networking information (IP address) of validator nodes which is then crossed with external geolocation datasources.

Polkawatch allows us to navigate our rewards, or validation operation, by geography, computing network and node operators.

Polkawatch can be used to hedge against the risks exposed above. Deplatforming risk can be minimized by watching the percentage of rewards generated on each computing network provider.

Regulatory related risks by watching the amount of rewards generated from different countries. Absence of due-process risks can be mitigated by not letting any operator become too big, too critical for the operation, etc.

The current overview of Polkadot’s validation network as of Era 746 looks like this:

Rewards to Custodial participants make 60% of our network with over 30% of rewards made by nominators on public validators. Of course other rewards go to node operators (commissions) and perhaps there is an extra category of “independent” validators, public validators without an identity.

Polkawatch focuses on the “Public Validation Network”. While the activity custodial participants is significant their exposure to risk is different, and so are their own mitigation tools.

If we drill down into Europe we can see that participation of countries, the main source of regulatory related risk, is not balanced either.

It is fair to say that Germany, UK, France and US host most of the Public Validation of Polkadot.

However it is very encouraging to see that there were no less than 24 countries participating in reward generation from 4 regions during the last 60 Eras.

There was 40 network providers hosting public validator nodes, and their reward distribution is:

Once again most of the activity is concentrated in a few entities. Note that huge network operators may have more than one network in their name.

As for public reward generation there were 168 operators running 246 validator nodes that generated public rewards during the last 60 eras. And their weight distribution looks like this:

All in all, it is very encouraging to see the numbers of participating entities for such an incipient community:

However it is clear than in order to realize our decentralization potential we need to balance our resources effectively.

The whole point of polkawatch is to empower the community to take decentralization in our own hands so:

How decentralized is your nomination?

Find out at polkawatch.app by analyzing your own nomination.

Polkadot is a scalable sharded chain and the first protocol that provides a secure environment for cross-chain composability across multiple shards. Polkadot also introduces a highly advanced, open governance system that will allow the network to innovate and grow at a much faster pace than legacy networks. Applications from DeFi to energy to gaming will thrive on Polkadot, challenging the centralized platforms of Web 2.0.

Web3 Foundation funds research and development teams building the technology stack of the decentralized web. It was established in Zug, Switzerland by Ethereum co-founder and former CTO Gavin Wood. Polkadot is the Foundation's flagship project. 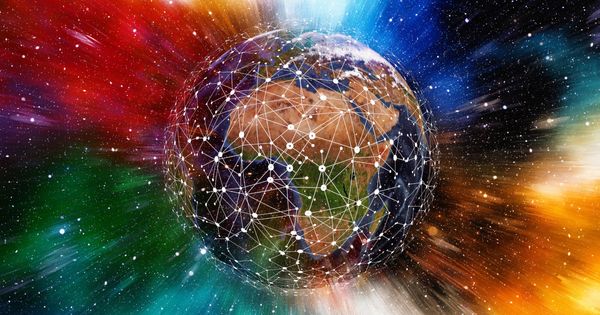 While polkawatch provides us with multiple analytics of the effective decentralization achieved by the polkadot network, we still believe that some relevant information may get lost in the details. Polkawatch was created with the idea that each member of the community could see how their actions are impacting all of

We are happy to announce Nomination Pools decentralization analytics for Kusama. Earlier this year the Kusama Network announced the general availability of Nomination Pools. Nomination pools are a scaling solution for Polkadot’s NPoS system, specifically to assist accounts with fewer tokens to stake directly on the relay chain(s)

It is our pleasure to announce the release of Kusama decentralization analytics! Polkawatch is an analytic tool designed to measure effective decentralization of Kusama’s Validation process. It uses the Reward event as main measure of Computing Effort and it complements the information with networking information (IP address) of validator